What’s so unique about Scotch whiskey? Well, aside from the fact that it uses peat in the malting process, which gives it its unique flavor, this type of whiskey is considered a stable drink due to its high alcohol content.

What do they mean by a stable drink? Does it mean that your favorite beverage has an indefinite shelf life? Does Scotch go bad? What is the proper storage for Scotch?

If you recently found an old bottle of Scotch whiskey in your pantry, these are some of the questions that you may have. But before you open and drink that bottle, you may want to find out the answers first. With that said, please keep on reading, It’s true; Scotch has an indefinite shelf life. In addition, since scotch whiskey bottles are usually sold at 40% or higher alcohol by volume (ABV), this alcohol content is high enough to prevent the growth and development of mold, bacteria, and other contaminants which may cause liquor spoilage.

But while Scotch won’t expire in the sense that it will no longer be safe for personal consumption, there’s a high chance that its taste and alcohol content will change over time. These changes are usually brought about by evaporation and oxidation, which typically occur when an opened bottle of whiskey is not stored correctly.

When the opened bottle is stored in a no-to-so-ideal place, the alcohol evaporates, leading to decreased alcohol content, affecting the liquor’s flavor and quality.

How Long Does Scotch Last?

Unlike wine, Scotch has a long shelf life. So how long does Scotch last?

How to Store Scotch Properly?

How long you can enjoy your Scotch will depend on how you store it. To ensure good flavor and high quality for decades to come, here are some tips on how to keep your Scotch properly:

1. First, store the whiskey in a cool and dark place.

The best place to store the whiskey is the cellar. This is because cellars can maintain the optimal temperature for storing Scotch—between 15-18 degrees Celsius. Additionally, most cellars are dark and cold, with only a minimum amount of heat and sunlight.

If you have a cellar, it’s the best place to store your whiskey in. Unfortunately, cellars are no longer typical in houses today. Don’t worry if this is your case since you can simply keep your whiskey in places with the conditions almost the same as that of a cellar—dark and cool and as far away from the sunlight and heat as much as possible.

The best place for this is in your kitchen cabinets located the farthest from your kitchen stove, windows, and oven. If your kitchen has many big windows, it’s also a great idea to cover the bottle with a dense and opaque material like wood.

While wines and other liquors are best stored horizontally, whiskeys must be stored upright. This is, once again, due to its high alcohol content.

You see, alcohol has a high tendency to react with cork. So when these two come in contact with each other for longer periods, there’s a risk that whiskey corks will decay and may even disintegrate.

As a result, oxygen will enter the bottle, which will trigger the oxidation process, which will cause changes in the flavor and quality of the whiskey.

When the bottle is stored upright, there won’t be any contact between the cork and the liquor, so your Scotch will be safe and sound.

To prevent whiskey corks and wine corks from chipping and contaminating your wine, you must keep them wet. You can do this by turning the bottles upside down for at least a month to ensure that the corks are moist.

4. Transfer the remaining Scotch to a smaller bottle.

What are the additional steps you should take for the proper storage of opened whiskey?

If the opened bottle still contains two-thirds of its content or more, its quality can remain unchanged for about a year when stored properly.

However, the lesser the content, the more air there will be in the bottle, and the faster the oxidation will occur. Therefore, the best option is to transfer the remaining content to a smaller bottle and store it properly.

If you plan to use the original bottle, the best thing you can do is to put a cap over the cork. But please take note that similar to sealing wax, the cap may reduce the value of the whiskey.

It’s not advisable to use a whiskey decanter. But if you plan to use one, make sure it has a plastic seal or glass joint to keep it airtight.

6. Or better yet, invite some friends over.

There’s no denying that sharing a great drink with good company is one of life’s greatest pleasures, so why don’t you invite some friends over so you can finish that whiskey bottle and have a great time at the same! This one’s a win-win option for all—you, your friends, and that Scotch!

How to Tell if Scotch Has Gone Bad?

Even though the chances are slim, there’s still a possibility that Scotch whiskey will go bad. This is because bacteria and molds can already enter the bottle when the alcohol content of the Scotch has become too low due to evaporation.

So how would you know when it’s too already too late to finish that scotch bottle?

If the Scotch gives off a weird smell, has an off flavor, or already tastes different (sour), you should avoid drinking it.

Does Scotch go bad? Since it has high alcohol content, unopened Scotch whiskey usually has an indefinite shelf life. Despite this, there’s still a possibility that it can go bad if the bottle is not stored the right way.

To maximize the shelf life of your whiskey, make sure to follow all the proper drink and food storage tips we’ve shared with you in this article. Up Next: Does Gin Go Bad? How Long Does It Last Once Opened? 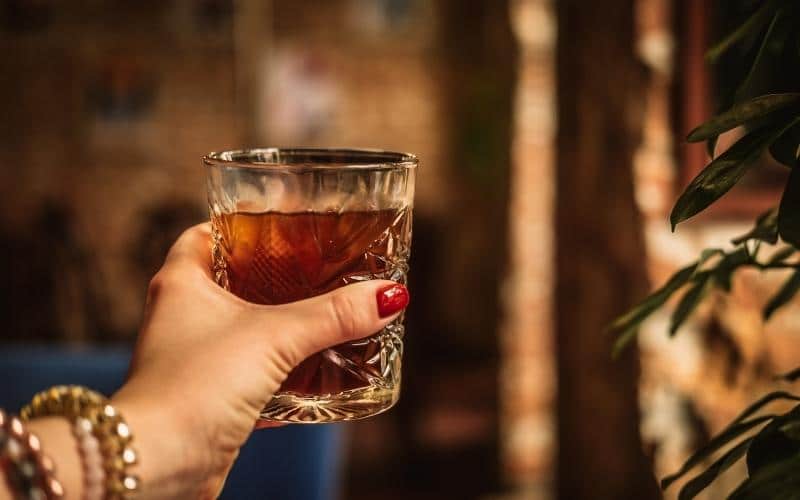