BBQ season is just around the corner, and so there you are—excited to plan your infamous annual BBQ party. So naturally, you came up with the perfect menu that you’re sure everyone will enjoy.

A few hours before the party, you had a horrifying realization—you forgot the BBQ sauce!!

Since there’s no longer time to head out and buy a bottle, the only thing left to do is to search for one in your cupboard. After a few minutes of scouring your entire pantry, you finally found one bottle.

The catch is, it has been sitting in your cupboard for years already – according to the best by date in the bottle. But you can still use it, right?

Does BBQ sauce go bad? If yes, how can you tell if the BBQ sauce has already spoiled? Read on to find out! To be honest, BBQ sauce can last for a long time because of the type of ingredients that it contains.

For one, most BBQ sauce recipes contain vinegar, lemon juice, and sugar. All of which are natural preservatives. Other common BBQ sauce ingredients include molasses, mustard seeds, and tomato paste, which have a long shelf life.

But while BBQ sauce doesn’t go bad easily, it’s important to note that it doesn’t keep forever. Over time, its flavor and quality will deteriorate, and it won’t taste the same way it was when it was still at peak quality. And if the BBQ sauce sits open for over a year and has been exposed to contaminants like molds and bacteria, it will spoil too.

To avoid this, you must store your BBQ sauce properly.

What are the Signs of an Expired BBQ Sauce?

If your primary concern is the safety and quality of your BBQ sauce or whether or not you should still use it, let’s address this issue right away. Below are the spoilage signs of a barbecue sauce that you should watch out for:

Look for any unusual growth on the surface or the bottom of the bbq sauce. You should also inspect the different parts of the bottle for any fuzzy growth with white to green color.

If you noticed a weird odor (moldy, fermented, sour, or foul smell) upon opening the bottle, the bbq sauce is already no good.

BBQ sauces are usually smooth, but sometimes, they will become lumpy and separated. That’s quite normal. But if the barbecue sauce is already slimy, thick, or too clumpy, don’t use it anymore.

If the sauce’s smell, texture, and appearance are all normal, you may want to get a small amount and taste it. If there’s sour or off-taste, the BBQ sauce has already spoiled. However, if it tastes good, you can still use it.

If you detected any of the signs mentioned, discard the spoiled BBQ sauce immediately. You should also err on the side of caution and throw it away if the BBQ sauce has been stored improperly or too long (a few months past the brand’s recommendation).

How Long Does BBQ Sauce Last?

You need to understand that the date in the bottle is not an expiration date—it’s a best-by date. The difference is the expiration date indicates when the food will no longer be safe for consumption. On the other hand, the best by date will tell you when the food will be at its peak quality. Beyond the best by date, the sauce will still be safe for consumption (provided there are no signs of spoilage), but the quality will already start to deteriorate.

Additionally, how long BBQ sauce lasts will depend on its storage conditions (refrigerated and room temp) and its current state (unopened or opened). For example, how long does BBQ sauce last in the fridge or pantry?

Here are the guidelines on how long the BBQ sauce will last (a.k.a. the shelf life of BBQ sauce):

An unopened bottle of BBQ sauce usually has a best by date, which is generally 2 to 3 years after its manufacture date. However, unopened BBQ sauce lasts many more months past the indicated date as long as it’s properly stored.

Once the bottle of BBQ sauce is already opened, the BBQ sauce lasts for up to 4 months if refrigerated. But please keep in mind that the 4-month rule isn’t a hard rule. It is just the rule that most BBQ sauce manufacturers go with. Because of this, it’s essential to inspect the BBQ sauce first for any signs of spoilage before using it.

Since homemade barbecue sauce doesn’t contain artificial preservatives, its shelf life is a lot shorter. Homemade BBQ sauce lasts for only 1 to 2 weeks. To prevent it from spoiling, it must also be refrigerated at all times.

How to Properly Store BBQ Sauce?

To help extend the sauce’s shelf life, here are some simple food storage tips on how to store BBQ sauce right away:

When it comes to storing unopened BBQ sauce, your pantry or kitchen cupboard is the way to go.

2. Seal the barbecue sauce bottle tightly and refrigerate it.

Once you’ve opened the bottle, you must seal it tightly after every use to prevent air from entering the bottle and oxidizing the sauce.

An opened bottle of BBQ sauce requires refrigeration. But if you’re not keen on refrigerating it, make sure to store it in a cool, dry, and dark place.

3. Always use clean spoons when getting the sauce.

The content of an opened BBQ sauce bottle must be kept sterile. To do this, make sure to use only clean utensils when getting the sauce. Additionally, avoid dipping any food directly into the bottle. What you can do is get a small amount of the sauce and transfer it into a bowl. Lastly, never return the leftover sauce to the bottle. Discard any leftovers right away.

4. Store the bottle upside down.

This is one good way to prevent air from entering the bottle and slow down the oxidation process, which causes the quality of the sauce to deteriorate.

As long as the sauce doesn’t mention the telltale signs, it’s safe for personal consumption. But please keep in mind that its texture and taste will already change if it’s passed the best before date.

To answer this question, you must take a look at the ingredients label of the sauce.

If the BBQ sauce contains chili peppers, it’s pretty standard for the sauce to turn brown after some time. But if the barbecue sauce doesn’t have chili pepper in its ingredient label, you should inspect it closely for any signs of spoilage.

3. Is separation in barbecue sauce safe and normal?

If you notice a liquid sitting on top of the sauce and the sauce has become a bit denser, it means that the sauce has separated. The good news is it’s normal for the BBQ sauce to separate due to prolonged storage.

The best way to fix separated barbecue sauce is to shake it vigorously until the sauce is smooth again.

A bottle of BBQ sauce has a very long shelf life, especially when it’s stored properly. However, it can still go bad, especially when stored for a prolonged period (months to years past its best by date).

If you found an old barbecue sauce in your kitchen, the first thing you should do is to inspect it for any signs of spoilage. If you detect any signs, follow our food safety advice and throw them right away.

To extend the sauce’s shelf life, follow the food safety and food storage tips that we’ve shared with you, and you can surely enjoy your delicious barbecue sauce for much longer. Up Next: Does Worcestershire Sauce Go Bad After Expiration Date? How To Tell 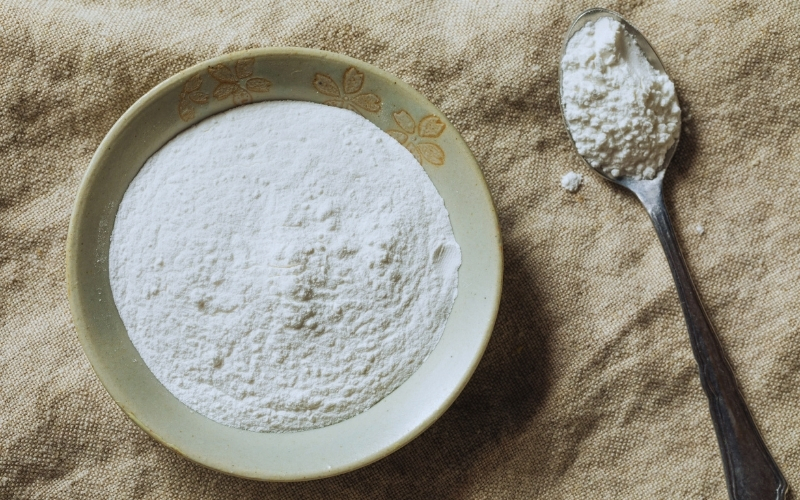